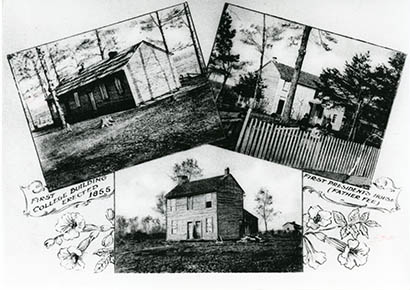 Berea Mission School was founded in 1855 to educate blacks and whites together on a basis of equality, making it one of the first interracial schools in the United States. Established as a result of efforts made by two antislavery Kentuckians, the Reverend John Gregg Fee and Cassius Marcellus Clay, Berea was named after the Biblical town where "men are open minded." Clay had invited Fee to come to The Glades in southern Madison County to preach a series of sermons during the summer of 1853. The following year citizens of The Glades invited Fee to return to organize a Christian mission church, community, and school along anti-slavery lines. Fee accepted, and the community and school of Berea began. The school became Berea College in 1869.

In 1859 proslavery proponents initiated attacks on Berea supporters, forcing the school to close and the leaders to flee Kentucky. When it reopened after the Civil War, black students were admitted and the community as well as the institution grew rapidly. Students, regardless of race or sex, utilized talents and skills in place of payment of college expenses, thus establishing Berea's craft tradition. Berea College, including its adjunct primary and preparatory departments, was the most desirable school for blacks in the state and one of the most attractive for whites.

When the Kentucky legislature passed the Day Law in 1904, preventing racial integration in schools, Berea assisted in establishing Lincoln Institute in Shelby County to provide education for blacks. The college in Madison County continued to expand its programs by emphasizing the education of Appalachian youth. After the repeal of the Day Law in 1950, blacks could again enroll at Berea College. One hundred and thirty years after its organization, Berea College still provides high quality education to all races at low cost and within the context of Christian faith and ethics. 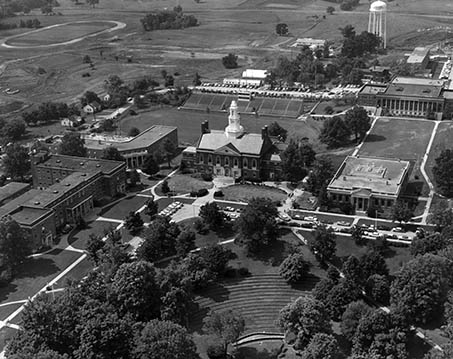 In 1906 Kentucky established two normal schools for the training of teachers. Madison County leaders, including Judge A.R. Burnam, Jere A. Sullivan, and W. Rodes Shackelford, campaigned to have the Walters Institute campus selected as the site of one of the normal schools. To induce the state to choose Richmond, Walters Institute trustees donated most of the buildings and property that the institute had received from Central University.

The normal school gradually evolved into what is now Eastern Kentucky University. Eastern experienced a period of unparalleled expansion under the leadership of Dr. Robert R. Martin in the 1960's and 1970's. As a multipurpose regional university with an enrollment of over 16,000 in 2018, EKU makes a large contribution to the economic and cultural life of Madison County.